So, it’s getting christmassy and apart from some nice decoration (nope, stars don’t count in this case), I think the EC should definitely consider putting some nice ads on their NANDO website as I’m sure it’s click rate has exploded over the last few months.

At least, I myself have been an unusually frequent visitor of this (admittedly rather bleak and cheerless) website. Despite having subscribed to the RSS feed, I’m returning and refreshing it whenever I have a spare moment – In the hope to see that our notified body has been MDR designated!!! Obviously, that matter is pretty high up on my WishList to RA-Santa, and it is getting more and more dear to me, as.. Despite all our drafts and questions, we are putting together the first MDR submission. And we literally have no idea when our NB will be designated (and for which scope, but hey, who would want to spoil all the fun and excitement). In fact, our NB just recently let us know that their latest estimates had (yet again) to be corrected by a few months and their designation is expected to move to the first half of 2020. But no reason to sit on your hands. Life and registration go on and we want to be ready to submit once it’s possible.

And such I visit and revisit NANDO – in a feeling somewhere between hope and desperation, and despite knowing that NANDO will not be the first place of announcements anyway. Recently, MDR designations were mostly leaked from meetings and conversations long before they were published on NANDO, but still, it’s official once it’s on NANDO. Every time I click the refresh button my heart beats ever so slightly faster, only to be disappointed.

(as in no, no change since you last checked, what were you hoping for anyway…. should have known better)

appears on the screen again, literally shattering my hopes – like a glass bauble slipping from the Christmas tree if you will. Again. And again. Now I feel like the Grinch.

…but, no despair allowed, it’s that most wonderful time of the year, so take a positive outlook – and, to get back to the ads, a charitable approach. IF there were ads on the NANDO page.. What to do with all the money from these ads? Obviously, it would be donated to notified bodies in need (with all of them being needy, though, it’d have to be a lottery)… good. And I guess now it’s time to stop the daydreaming and get back to work. On we go, with MDR hopes still up high?! ..

I should go now, and check NANDO, who knows, maybe the EC’s got a pre-Christmas present for me. 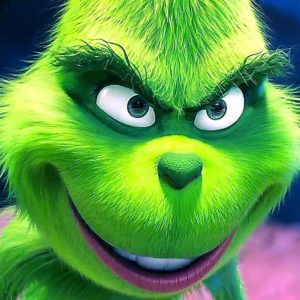 WE'RE Here To Assist You

Let’s get to know each other

Have a free, personalised, career consultation with one of our experts. Learn about under-the-radar opportunities, salary insights and develop your career plan.